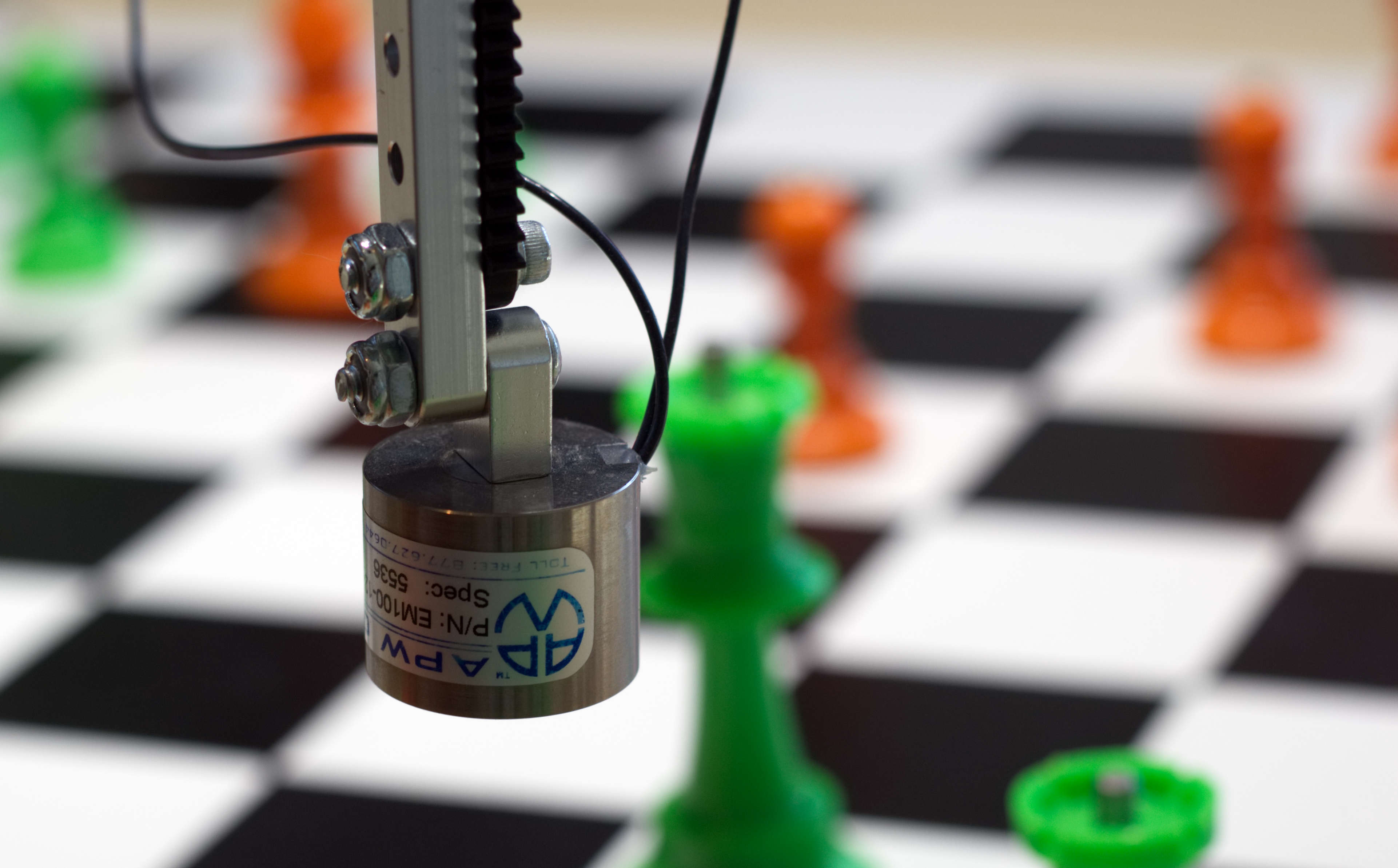 The gripper mechanism is used to pick up and place chess pieces. It consists of a servo for vertical motion and an electromagnet to hold the pieces. 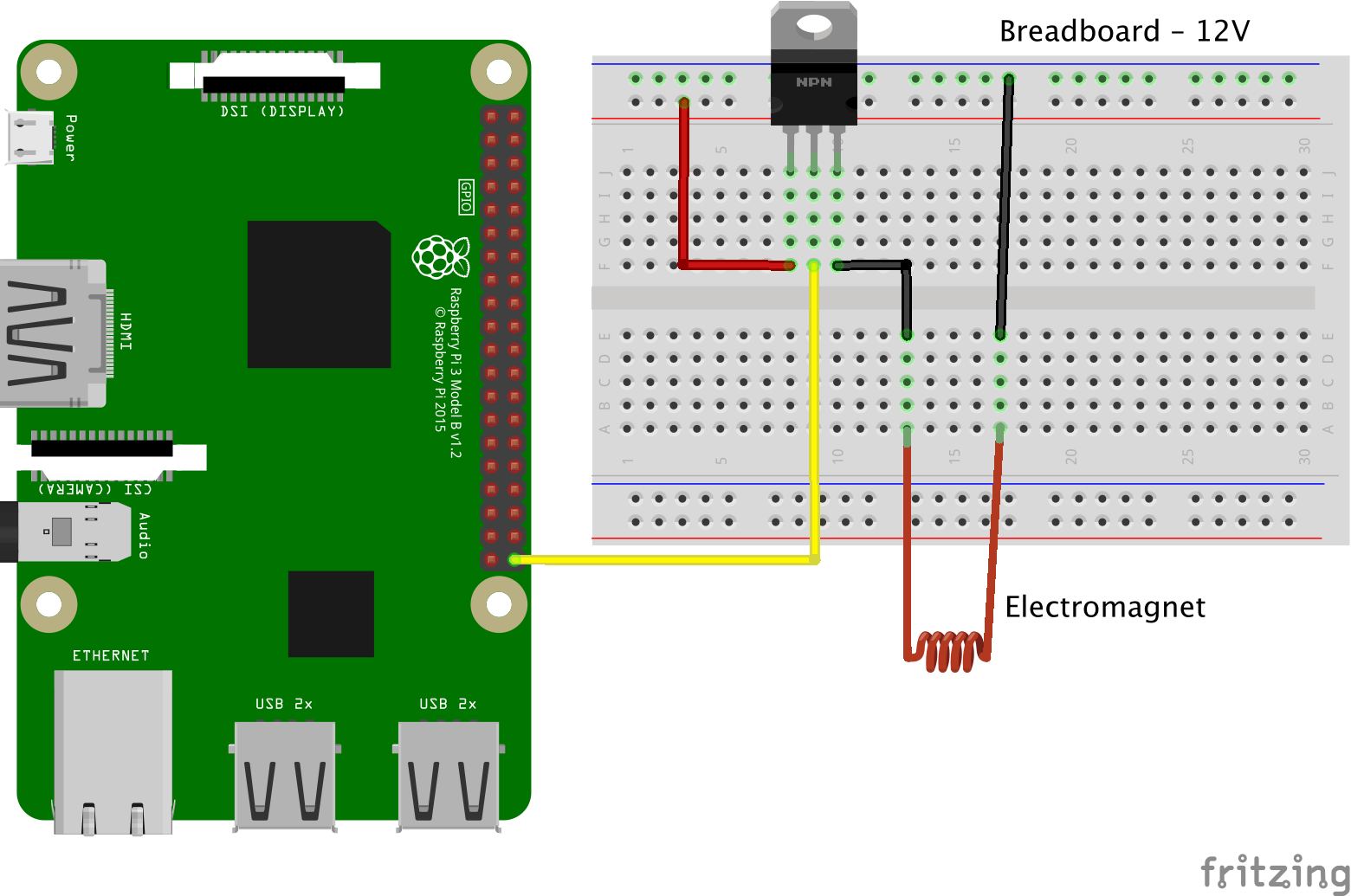 The code controlling the electromagnet can be found in the gripper.py file in the project. The relevant parts of the file are below.

The vertical motion, to pick up and put down pieces, is accomplished with a gear rack kit made out of Actobotics from ServoCity. The Hitec HS-785HB Servo is controlled by the Raspberry Pi via adjusting the PWM signal of a GPIO pin. This rotation moves the aluminum beam that the electromagnet is attached to. Relevant code for controlling the gripper servo in Python is found in gripper.py. 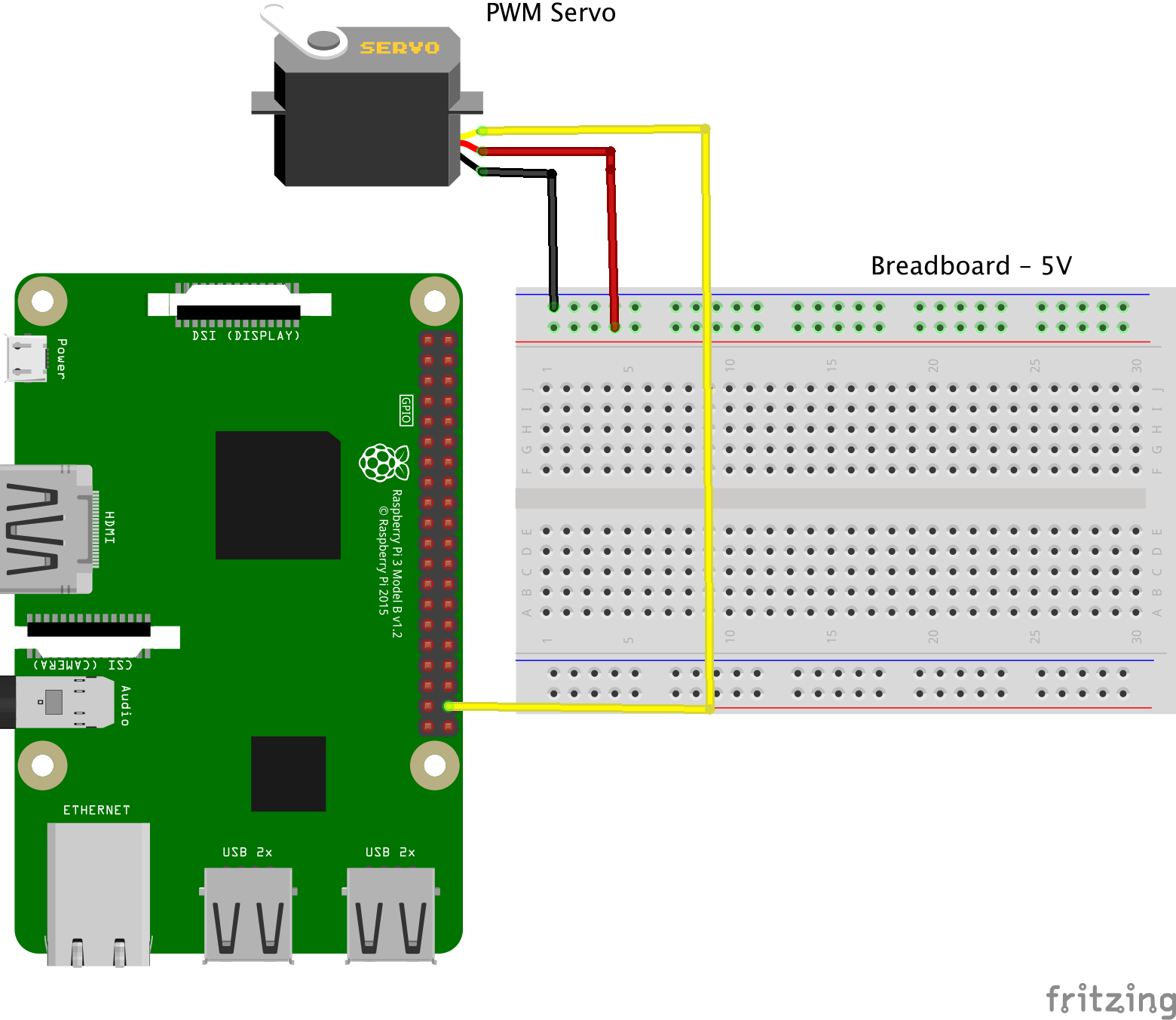 Animation of the gear rack kit moving a piece up/down

The chess pieces are a set of plastic 3 3/4” Colored Chess Pieces in neon green and orange. The colors provided enough visual distinction for computer vision algorithms. The top of each piece was drilled and a small metal dowel, from a local hardware store, was interted. This allowed the electromagnet to lift the pieces. 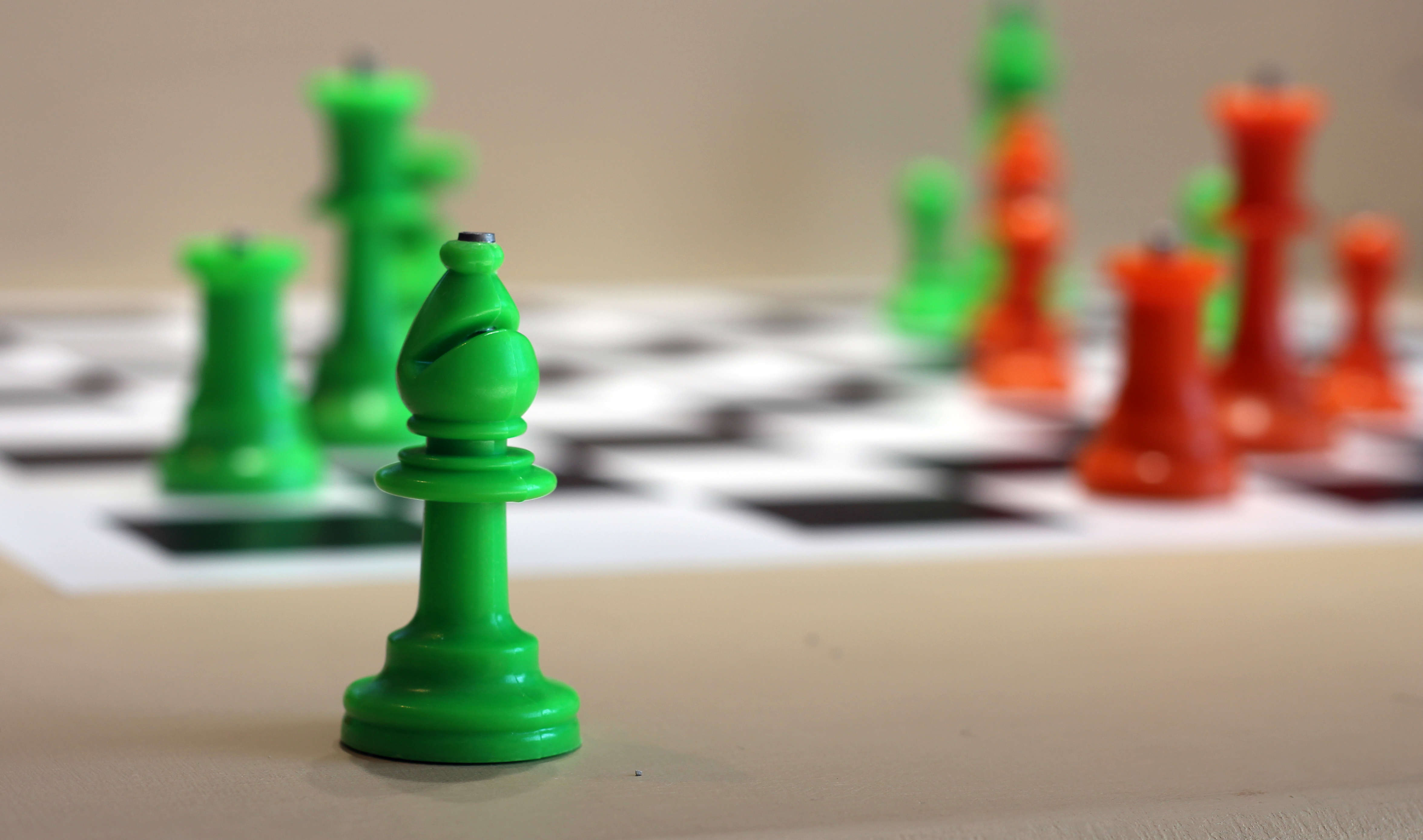 There is a small metal dowel in the top of each piece.


Click here to learn about how the Raspberry Turk sees the chessboard next.